We Got a New Car

On Friday we bought a new car.  We weren't without a car payment very long, but it was long enough to save up a little bit of money toward this one.  We didn't end up trading ours in either because my  husband thinks it will be easy to sell it private party and make more money that way.  There's nothing really wrong with it, other than a windshield wiper issue that my husband will be fixing this weekend.  It seems to be a magnet for rocks, though, and that's really the reason we stopped driving it much.  I just hope we don't have that issue with this new car!  We have had the Impala 3.5 years and have replaced the windshield twice, and it has a crack again.  We live right off of a dirt road, but most of the cracks happened when we were out on the highway instead.

We have been researching cars for months now, trying to decide what we wanted to buy next.  I think my husband would have preferred it if I would have been willing to get an SUV and get rid of our minivan, but our minivan still runs great and hasn't given us much trouble at all.  Plus an SUV comes with a much larger payment than a car, especially with all the features that we wanted.  And we don't even need something that big most of the time.  We have a truck to haul things in, and only one child, so unless I'm taking a group of kids somewhere, a car is big enough for most of my driving.  So that's the main focus I've had. :) 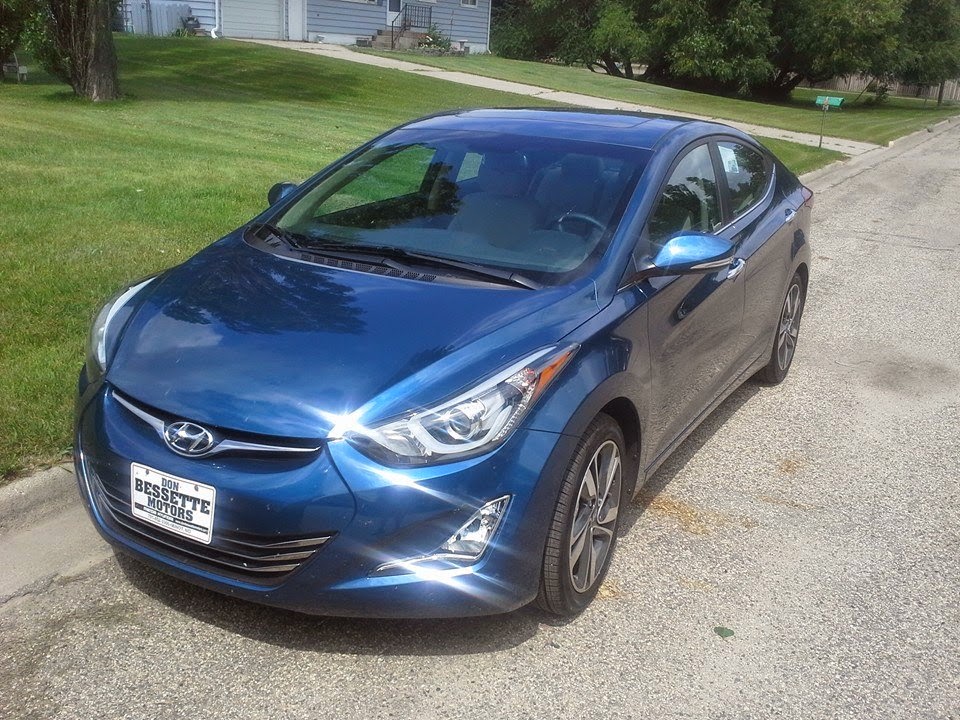 We ended up deciding on the Hyundai Elantra.  The reviews were good and we liked the way they look and the options that were available.  The gas mileage is great.  And it's big enough that we should be able to take it when we go on vacation in November without any issues, since we won't have my sister and one of the dogs.

Another reason that I wanted a car instead of an SUV is because I had already decided that unless something happens to it, the next car we bought was going to be Elliott's when he is old enough to drive.  He's 8.5 now, so this one will be old enough that we will be ready for another one, but this one still should be low enough miles and in good enough shape for it to be his first car.  So with this in mind, he got to help us decide a little more than he probably would have wanted to do other wise. 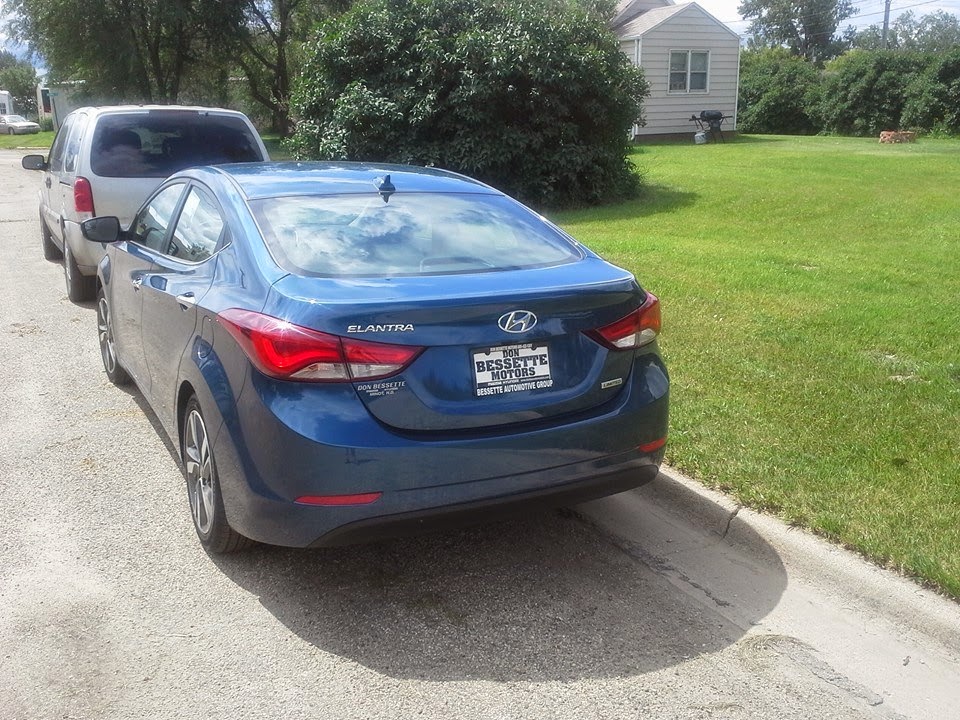 We ended up getting it fully loaded.  We looked online first to see what all was available and decided what we wanted.  We had already talked to our salesman on the phone and were just planning on test driving one similar to what we we thought we wanted, and then he was going to look for one that had everything we wanted.  It turns out that they had a brand new 2014 on the lot that had everything we wanted except a remote start and all weather floor mats.  It was even our first choice for color!  So the salesman threw in the remote start with the price and we ordered the floor mats, so once they are in and the remote start is installed we will have exactly what we want. 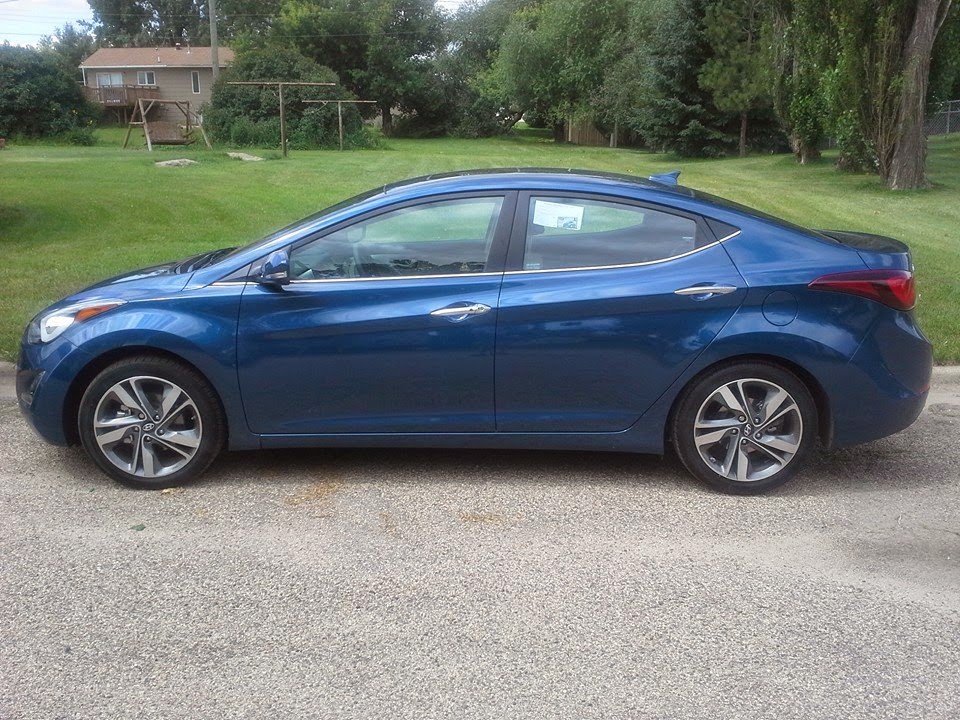 Elliott was soo excited about everything that is included.  He's so proud of it, too!   He was so cute showing his friends how everything works and what all is included.  He had two friends spend the night Saturday night, and they had to experiment with the rear seat warmers on the way to church on Sunday even though it's July.  Silly boys.  They all got a chance to stick their heads out the sunroof (while we we safely stopped at home), too, and really enjoyed watching me back up on the back up camera.  They were all so funny.

Congratulations on your new car! It is really cute and I love the color! We will be buying a new one in a few months. My husband wants to trade in my Jeep that has been paid off for the past 2 years, but my daughter will be driving next year and I would like to save it for her. Having 3 car payments would be such a strain on the budget otherwise!

Congrats on the new car!